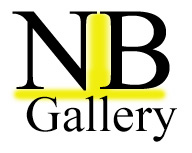 Nick Baer has been photographing the male nude, since 1985.

Copyright ©2022, UnicornmediaUSA.com, DudeLodge.com, TriangleDream.com . All rights reserved.
Privacy Policy: This website does not set cookies. We do not know your name nor email address, nor any of your personal data. If you purchase our products, you at that time provide your email address to us and us alone, for communications between you and us.